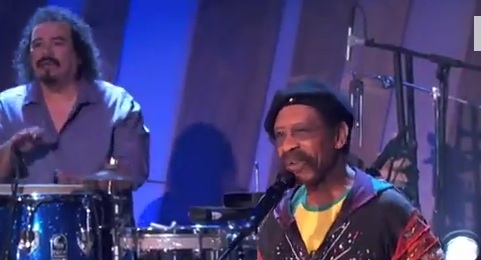 [youtube id=”fzs1XqN039Q”] [youtube id=”wO-ZkWx6DBs”] ’70’s funk band War appeared on The Queen Latifah Show and performed “Why Can’t We Be Friends” and “Low Rider.” The band is releasing their first new album in 20 years on May 19th with Evolutionary, which is half new material and one-half greatest hits. Related END_OF_DOCUMENT_TOKEN_TO_BE_REPLACED