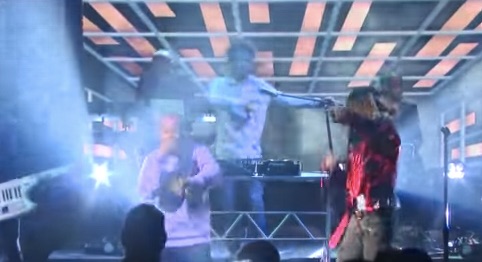 [youtube id=”9261CLLP6pY”] Rae Sremmund were the music guest on The Late Show With Stephen Colbert last night Â and they performed “Black Beatles.” The Atlanta duo made the appearance on the 53rd anniversary of The Beatle’s U.S. television debut. Rae Sremmund’s acknowledgment of The Beatles is part of a cycle that END_OF_DOCUMENT_TOKEN_TO_BE_REPLACED