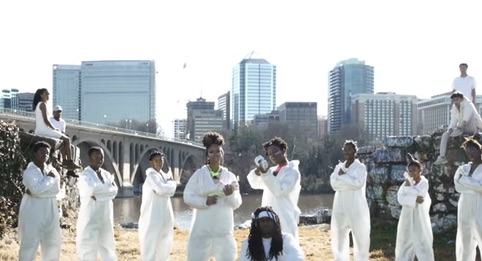 [youtube id=”fYBRappkqSc”] Oshun bandmates Niambi Sala and Thandiwe have a video for “Protect Your Self” from their debut album, ASASE YAA, released last year to celebrate Earth Day. They are joined in the video by rapper Proda,Â who has a guest appearance on the song, and together they fight negativity with END_OF_DOCUMENT_TOKEN_TO_BE_REPLACED