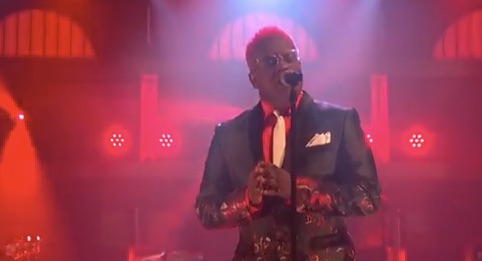 [youtube id=”-yE0RnuaWE0″] Living Colour just released their sixth studio album Shade. They made an appearance on Late Night With Seth Meyers and performed “Come On.” It is their first full-length album in eight years. Last year they released a cover of Biggie Smalls’ “Who Shot Ya” with a host of END_OF_DOCUMENT_TOKEN_TO_BE_REPLACED