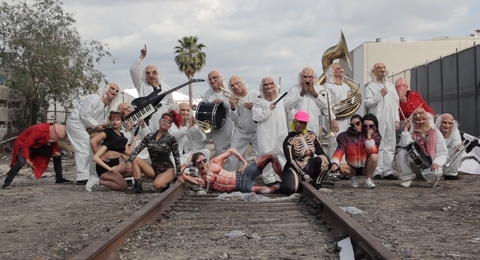 [youtube id=”vS4NxiURhEw”]Louis Pope’s funk is silly and true to its roots. The video for “When You’re Ugly” featuring Genevieve Artadi looks inspired by Michael Jackson’s “Thriller” with a marching band of people in Halloween costumes stepping like zombies. Pope usually collaborates with Thundercat but is now preparing the release of END_OF_DOCUMENT_TOKEN_TO_BE_REPLACED