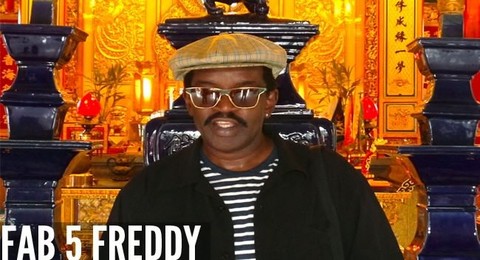 [youtube id=”ZqauvQkC6VQ”] “Change The Beat” was one of five recordings designed to accompany artwork from graffiti artist Futura 2000. Fab 5 Freddy rapped in English and French on the A-side of the record and Bernard Zekri’sÂ wife rapped the song in French as Beside which also referred to the actual B-side END_OF_DOCUMENT_TOKEN_TO_BE_REPLACED

Google is celebrating the 44th anniversary of hip-hop today with an interactive doodle on its homepage. Kool Herc’s party at 1520 Sedgwick Avenue in the Bronx 44 years ago is cited as the crystallization of influences that became known as hip-hop. Google’s keyword team spoke with Kevin Burke, Ryan Germick END_OF_DOCUMENT_TOKEN_TO_BE_REPLACED