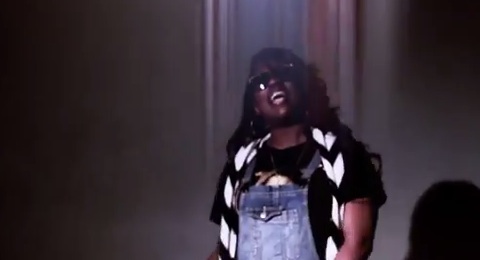 [youtube id=”zT03dwoKQrk”] “On That” is a Drumma Boy-produced single from the Gangsta Boo and La Chat Witch EP that comes out this year. Gangsta Boo has regrouped with her Three-Six Mafia family and they are now Da Mafia 6ix since Juicy J is not on board. The horrorcore/Crunk leaders from END_OF_DOCUMENT_TOKEN_TO_BE_REPLACED

[youtube]OYVnbskRT1E[/youtube] Drumma Boy paid tribute to his father, General James Gholson Jr., who has spent the last 39 years as the first chair clarinetist with the Memphis Symphony Orchestra. His father is the first African-American chair in the history of the orchestra. Drumma Boy is quick to let people know END_OF_DOCUMENT_TOKEN_TO_BE_REPLACED

(Los Angeles, California â€“ February 1, 2012) The past few years marked some of Drumma Boyâ€™s most significant accomplishments to date. His production work was nominated at the 2009 and 2011 Grammy Awards, he was hailed #2 Producer of the Year in Billboard Magazine, nominated for “Producer of the Year” END_OF_DOCUMENT_TOKEN_TO_BE_REPLACED