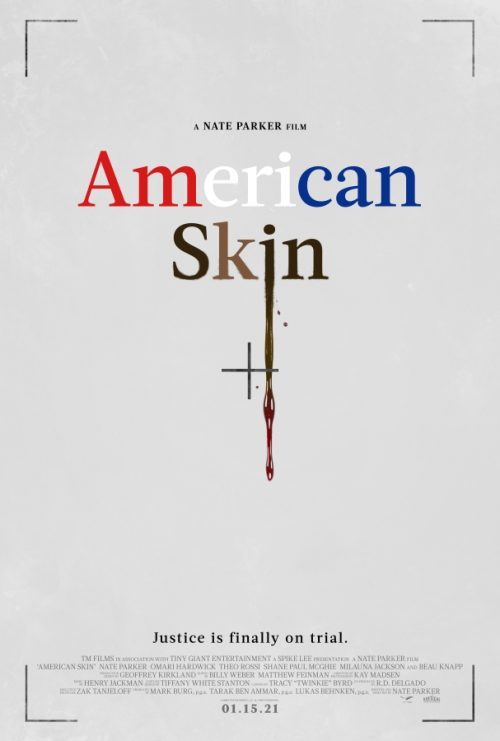 Nate Parker’s American Skin has new artwork designed by Gravillis that adds to the onscreen story. Parker wrote, directed and stars in the film about a Black Iraqi veteran who can’t get justice from the system after his only child is murdered by a white police officer. Things become unbearable END_OF_DOCUMENT_TOKEN_TO_BE_REPLACED

Nate Parker returns with a new movie about the question of justice when the issue is police brutality. American Skin was inspired by the 2014 death of Michael Brown in Ferguson, Mississippi who was fatally shot by police officer Darren Wilson. Parker traveled to Ferguson and saw the protests of END_OF_DOCUMENT_TOKEN_TO_BE_REPLACED