Watch sillygirlcarmen’s visual for her second single “Try.” The DJ and producer is a floating figure at one with nature offering a colorful contrast to all the green surrounding her. Her presence is illuminated by the painted on hues covering her body in wearable art courtesy of artist Michael Ross. END_OF_DOCUMENT_TOKEN_TO_BE_REPLACED

Paul McCartney and Michael Jackson collaborated for the very first time when they wrote “Say Say Say” together in 1981. The song about winning a girl’s affection was the first single from McCartney’s 1983 fourth studio album Pipes Of Peace. Jackson wrote most of the lyrics and McCartney played guitar, END_OF_DOCUMENT_TOKEN_TO_BE_REPLACED

Kilo Kish questions the American dream while wearing a flag in her video for “Death Fantasy” which has haunting backing vocals from Miguel. Her wobbly walk around a hotel ends up with her appearing to be literally sick of capitalism. Kish’s American Gurl album is based on the typical concept END_OF_DOCUMENT_TOKEN_TO_BE_REPLACED 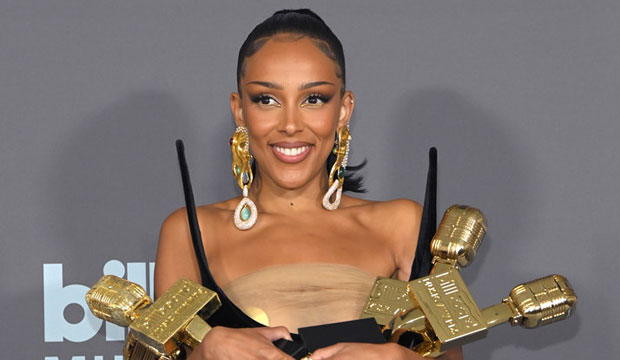 Why did Billboard give Doja Cat awards for the Top R&B Album and Top R&B Female artist instead of Top Billboard 200 Album because she is a pop artist?    Does the huge demand for Travis Scott’s Nike Air Trainer 1’s mean he has been forgiven for the Astroworld tragedy?  END_OF_DOCUMENT_TOKEN_TO_BE_REPLACED