When it comes to following certain artists, the cliche of patience being a virtue feels all the more real. And for fans of Ghostface Killah, it’s a sentiment they know full well. Look, it’s not as if the Wu-Tang Clan rapper has dropped off the face of the earth or END_OF_DOCUMENT_TOKEN_TO_BE_REPLACED 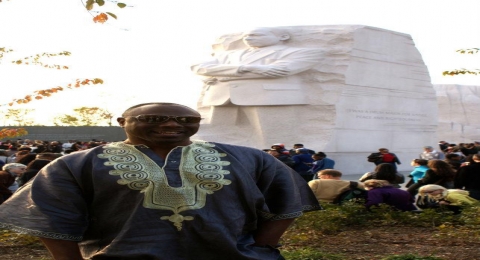 Cleo Manago, CEO and founder of the Black Men’s Xchange (BMX) From Rodney King, to Trayvon Martin, Oscar Grant and now Jordan Davis, Black communities have responded with hope while waiting for justice, only to be surprised again and again when justice did not come. The cycle never seems to END_OF_DOCUMENT_TOKEN_TO_BE_REPLACED

By now you may have heard about the recent scandal surrounding Mister Cee, a well-known hip-hop DJ in New York City. Mister Cee was “caught” on tape soliciting a cross-dressing male posing as a prostitute. Upon Mister Cee’s recognition that the conversation was made public, he quickly resigned from his END_OF_DOCUMENT_TOKEN_TO_BE_REPLACED

In 2010, during a radio interview, former CNN anchor Rick Sanchez, a Latino, called “The Daily Show’s” Jon Stewart a “bigot” and intimated that CNN was “run by Jews.” Swiftly, in response to Jewish outrage about his comments, Sanchez was fired. Former CNN pundit Roland Martin would later be “let END_OF_DOCUMENT_TOKEN_TO_BE_REPLACED