Throwback: Screamin’ Jay Hawkins-I Put A Spell On You 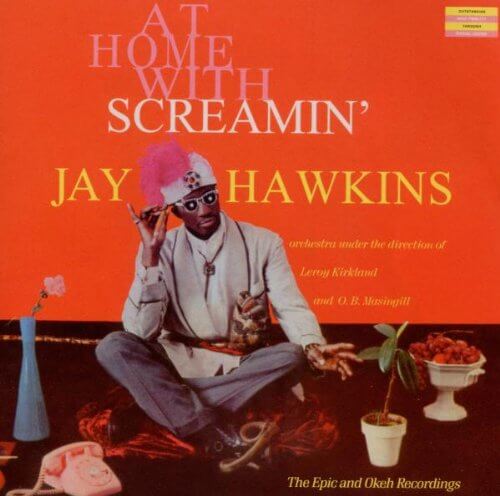 [youtube id=”7kGPhpvqtOc”] Screamin’ Jay Hawkins’ screeching baritone and unforgettable stage theatrics consisting of leopard skin, nose bones, smoke bombs and a casket made him the pioneer of shock rock.Â “I Put A Spell On You” was originally planned as a blues ballad but the recording session was influenced by heavy doses of alcohol and a performance so intense by Hawkins that he blacked out. The screaming, sexual overtones and voodoo connotations got the song banned by radio upon its release in 1956.Â Famed disc jockey Alan Freed offered Hawkins $2000 to use aÂ coffin as a stage prop and it went so well it became a permanent part of his show. The NAACP criticized Hawkins and accused him of rehashing stereotypes and the National Casket Association felt that he was presenting death as frivolous entertainment. “I Put A Spell On You” has been covered by Nina Simone, Annie Lennox, and Diamanda Galas plus many others. Hawkins never became a big name but his European audience kept him employed till the end of his life.Â Jim Jarmusch gave him a role in Mystery Train and in 2001 a year after his death directorÂ Nicholas Trinadafyllidis released the documentary, Screamin’ Jay Hawkins: I Put A Spell On Me. Â Hawkins was eventually recognized as the early shapers of rock and artists like Alice Cooper, Black Sabbath, and Rob Zombie owe their swag to him. The Game, Biggie Smalls, and LL Cool J all have music embedded with a sample of “I Put A Spell On You.”