Black Gay Author Terrance Dean Comes Back “Out” in Hip Hop Re-Introducing the Titles That Started It All, Hiding In Hip Hop and Mogul Now Available as eBooks

Nashville, TN – Hip Hop is officially ‘out.’ Openly gay and transgender personalities are now featured on top rated TV network shows like Fox’s “Empire”; Netflix’s “Orange is the New Black”; and even on reality TV on VH1’s “Love and Hip Hop: Hollywood.” While some may not remember, it was best-selling author Â Terrance Dean who first flung open the door and literally pushed Hip Hop “out” of the closet. Hip Hop has not been the same since! 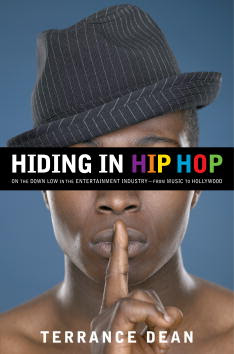 In 2008 Dean released the book that turned the entertainment industry upside down, or for some right side up. His memoir, HIDING IN HIP HOP: On the Down Low in the Entertainment Industry – from Music to Hollywood (Simon & Schuster/Atria Books – May 2008) was an explosive tell-all revealing intimate and heart-wrenching details about his personal life as a gay man in the entertainment business. Terrance tore the lid off a hidden culture within the testosterone-driven world of Hip HopÂ when he revealed a new dimension in a world notorious for its larger-than-life masculine swagger.Â Bravely unmasking the deep secrets of a prominent gay sub-culture within not only the entertainment community, but more specifically, within the confines of hip hop, HIDING IN HIP HOPbecame the runaway, most talked about, and most Googled book sensation of the year. 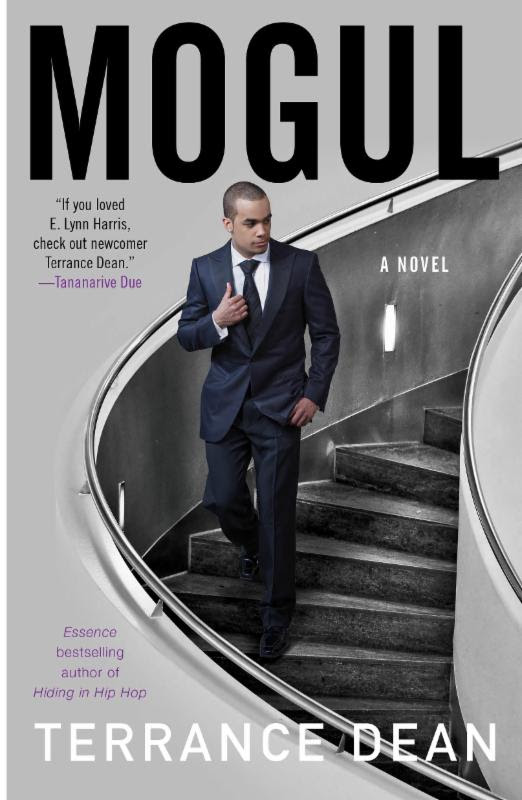 Dean then followed up with his fictionalized novel account, MOGUL (Simon & Schuster/Atria Books – June 2011).Â  MOGUL went even deeper inside Hip Hop to reveal just how rampant homosexuality reigns in an industry that on the surface purports hyper-masculinity as its calling card.Â  MOGULfollows Aaron “Big A.T.” Tremble, a young music icon, as he juggles money, fame, and women as CEO of a record label, while also indulging in a clandestine relationship with his hot superstar artist, the sexy hunk, Tickman.Â  MOGUL gave readers the inner behind-the-scenes moves of a community of down low and gay industry companions, known as ‘The Family,’ who support and propel Big A.T. as Hip Hop’s most beloved producer. Dean’s debut fiction release ripped through the industry as insiders, naysayers, and fans speculated and compared the tale to real life rumors and hearsay.

Dean met the controversy head on, even as media and readers alike were not quite ready to accept the truth he was serving. However, accounts and predictions he made at that time have now come full circle and today, in 2015, Hip Hop has been fully outed.
Â <!–more–>

“I am elated that my book, HIDING IN HIP HOP, has helped to spark this discourse. Years ago, while I was touring and conducting interviews, I predicted that Black LGBTQIA persons would come forward and no longer be relegated to the “closet.” Now, with talented artists such as, Jussie Smollett, Frank Ocean,Laverne Cox and Felicia “Snoop” Pearson, we are seeing ourselves as part of the fabric of America, and, more importantly Black life and Black culture,” expresses Dean.

“When I wrote MOGUL I had no idea that a show like “Empire” or even the recent airing of VH-1’s “OUT In Hip Hop” would be possible. But, after my book was released, I knew I had done something powerful, transformative, and trailblazing,” asserts Dean. “As a writer, artist, or creative person when you produce a product you don’t think of the future. You’re only present in the moment. You never know what the world will say or how people will respond. Yet, when you do something so provocative, so intense and against the grain, and people respond positively and negatively, then, you know you’ve done your job. I’m thankful each day God has given me a voice, and visibility, to express myself in all of my blackness and gayness.”

Speaker, educator, author and Detroit native, Terrance Dean took a hiatus from the entertainment industry and received his Master’s in Theological Studies from Vanderbilt Divinity School in 2014. He is currently a Ph.D. student in Religion at Vanderbilt University in the Graduate Department of Religion. He is also a 2005 John Seigenthaler Journalism Fellow from Vanderbilt University. Dean has lectured and conducted workshops at noted institutions of education around the country.

Dean has written for and been featured in mainstream and urban media outlets around the globe. He has also appeared across the country and internationally, on popular syndicated radio shows and made numerous national television appearances.

Dean currently writes a weekly advice column,”Straight From Your Gay Best Friend,” on the popular urban website, Bossip.com, reaching by over 100,000 readers weekly.

Both HIDING IN HIP HOP and MOGUL are available in hardback, paperback, and as eBooks wherever books are sold.